SPOTLIGHT: From vlogging to reality TV - how this Irish musician found her voice

Actress, singer, producer, director, creator: there are many facets to Klara McDonnell, so I was delighted when I got to talk to her about creativity and how she creates.

I first came across Klara on YouTube, her channel at the time was called “Prepare to be Klarafied”. What I didn’t know then was just how successful she had been on YouTube, right from the beginning.

“I started vlogging 12 or 13 years ago, back in the day when no-one was really doing it. My videos were really cringe – “Video Diaries of an Artiste”. I didn’t even know how to edit them, so I would just speak really, really fast. It was so embarrassing.”

Klara does talk fast, but that’s just because she has a lot to say.

Sometimes looking back at things we have created in the past can be embarrassing, but Klara was doing something right; she gained success, and fast.

“Some of the videos would get 100-200k views. These were the days of MySpace, before even Bebo.”

I started to get embarrassed about the videos

With notoriety, however, can come difficulty. “I found it really hard – because the videos were getting so many views, people who were in the videos would start getting annoyed and want to take the videos down. I then started to get embarrassed about the videos.”

“There was one of me sitting on a toilet singing, you know, for acoustics!” She laughs. 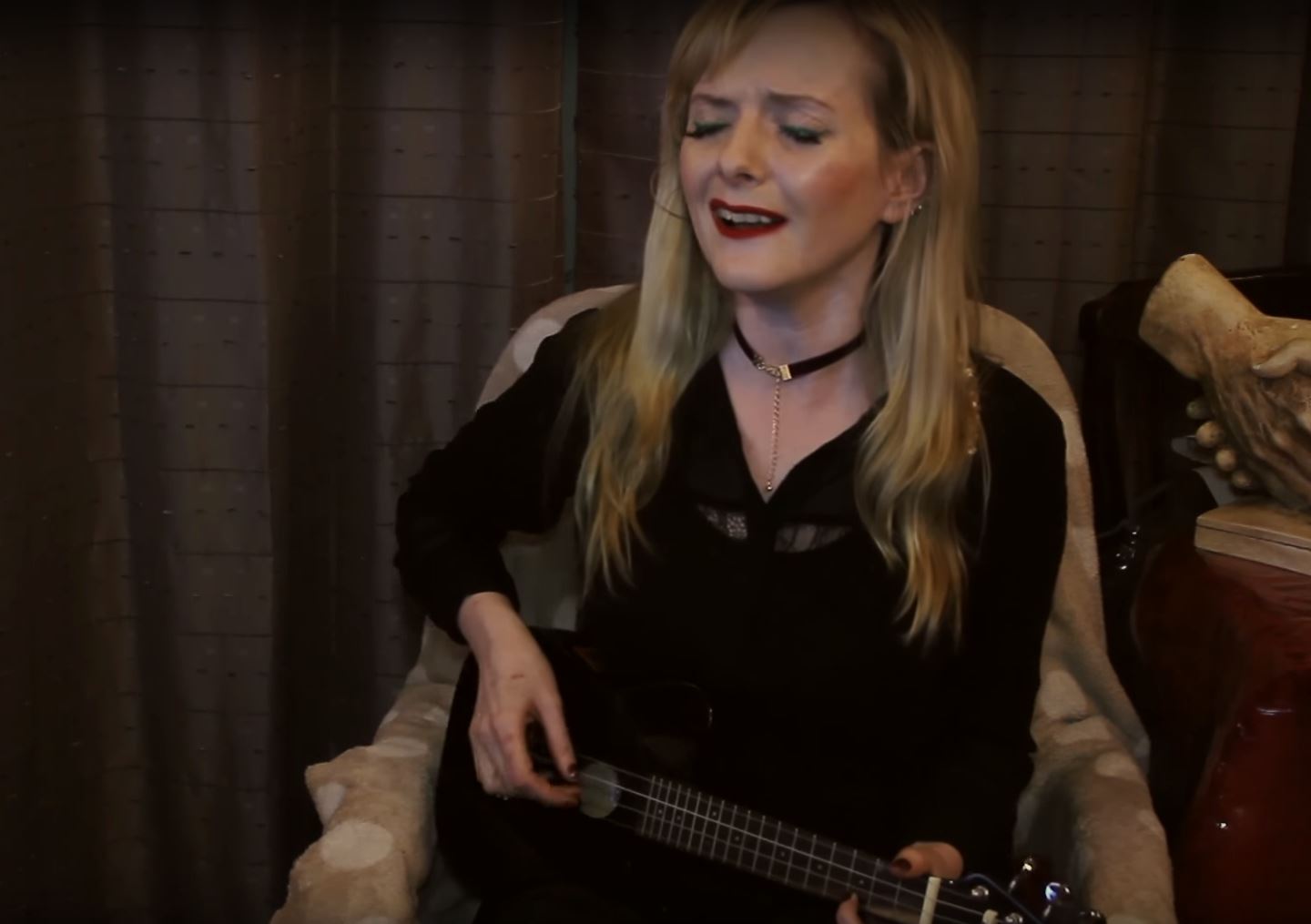 While her YouTube videos gained traction, Klara has always been a musician. Before her YouTube fame, she lived in Germany, worked in an Irish bar, and took to busking on the streets. “It was a real novelty to have Irish people singing on the street, and we got gigs out of it.”

Klara has also done a fair bit of acting, appearing onscreen and onstage. Her most recent onscreen appearance, however, was not of the acting variety. Herself and a long-standing friend, Dani Masterson were asked to appear on E4’s “Coach Trip: The Road to Marbs”, which aired February 2017.

“We were ill-prepared. The reality show producers really need certain types of characters, and there are really long days of filming. They were always trying to set us up in relationships, and it was very manipulative, it was so hard.”

The experience seems to have triggered something in Klara, and it seems to be her mantra now.

“Doing the reality TV show, you know, when you have someone else edit you... it’s cringe. It’s so scary. You have to take your life into your own hands. I’ve been in so many low budget films and shows.  I need to be in the driving seat now.”

“Last year, I decided to take my music a little more seriously. I decided to fund my own EP and release it myself. For years, I didn’t know the practical stuff. I used to dream about getting a record deal, but you know, nowadays it’s different; it’s possible to just do it yourself.”

And that is just what Klara has been doing. She has written new songs, creating the concept for her videos, directing them, doing camera work, even doing a bit of the editing. It’s a tricky balance though.

“Collaboration is good, but I am still a control freak. I want to collaborate with more people.”

Where does she get her inspiration from?

“I love people watching. I used to imagine, how do these two people know each other. I get inspiration from that. I’ve written songs about books I’ve read, loosely inspired by exes,” she admits “I always find it very hard to write songs when I’m a long-term relationship. That’s when I get writer's block. I can’t explain it.”

Her advice to other creators is simple:

The time is now, life is too short. If someone tells you that you are too old for something, don’t be put off. Your art will appeal to someone.

Your passion will resonate with someone.

Exciting times are ahead as she releases a new video for her single “Shooting Star” next week. You can find her music and her behind-the-scenes vlogs on her YouTube channel.

Meet the Irish family who backpacked around the world

Can you imagine backpacking around the world, with two kids under five?

From pizza in Brooklyn, to Yoga in Central park: Meet the Irish content creator who is hosting the ultimate trip to NYC next year.

If New York is on your travel bucket list and you like food, street art and unique experiences, this...

​​​​​​​Ever fantasised about giving up the day job and going to live in Bali? Meet the...